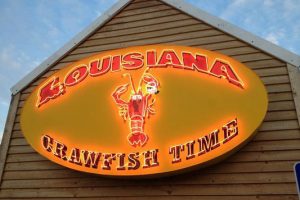 Louisiana Crawfish Time’s roots began back in 1995, while still in my senior year at USL, I co-founded Lafayette’s first crawfish “boil-n-go”.   If you need a few minutes to wrap your mind around what I’ve just stated, I completely understand.  I’m joking of course, but I know it can be difficult to envision considering there is a crawfish drive-thru on almost every corner in Lafayette and probably plans to open one on Mars.  However, at that time it was considered a new concept in Lafayette and most of our time was spent trying to convince customers to, “just drive-thru”.  So many great memories were made from that first venture.  However, after five years there, I eventually sold my share of the business and opened Louisiana Crawfish Time.

The timing was horrible; 2000 was the worst crawfish season in history.  The crawfish crop that year was decimated by a new product being used to protect rice against the water weevil.  Unfortunately, it not only knocked out the water weevil, it also knocked out a large majority of the crawfish crop.  Needless to say it’s not used anymore, but that’s a story in itself.  That first year in business and several years that followed were anything but easy and definitely made me question my sanity a few times. However, I never stopped believing that success was just around the corner because I knew that given the proper chance I could offer a crawfish unmatched in quality and taste.  Fast forward to present day minus years of details, let’s just say that millions of pounds of crawfish have met their demise at Louisiana Crawfish Time and we have grown into one of Louisiana’s largest boil houses.  When I think back to the beginning, so many thoughts and memories come to mind and there is no denying that it’s been one hell of a ride.  A ride that I wouldn’t change for the world!  First and foremost, I thank God for the many blessings over the years and for allowing me the opportunity to make a living at something I love.  Also, I want to thank my family, friends and some amazing employees that have made this journey possible.  Finally, I want to say thank you to all of the loyal customers that have supported Louisiana Crawfish Time since the beginning and continue to do so today! 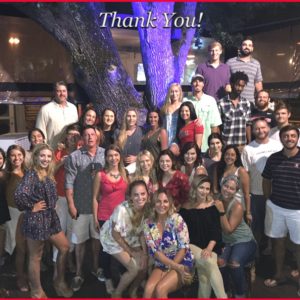